“Why Does Copyright Suck?”

If there is one thing that is clearly getting out of hands these days it’s copyright law and the numerous cases involving alleged copyright infringements. Twitch recently made headlines when they announced on their official blog that they “will be implementing technology intended to help broadcasters avoid the storage of videos containing unauthorized third-party audio”, effectively muting Video on Demand (VoD) content that plays unlicensed audio. If only it were that simple…

But Your Honor, why does it suck?

Because their algorithms are throughout rubbish, completely incapable of consistently making the right calls. Now don’t get me wrong: I’m all for the protection of authors and their creative property to certain rational degrees and I do understand that such a system has to be automated due to the sheer number of videos out there. Let’s face it though, the current system simply doesn’t function and has resulted in a tremendous number of innocent channels being muted and flagged accidentally.

Now, guess what caused an outcry among their users right after they hit the switch and started sweeping. Exactly, official Dota 2 tournament VoDs have been muted for containing Dota 2 music. WHAT? That’s just ludicrous. I was glad to hear Twitch CEO Emmett Shear stating in his AMA on Reddit that they have no intentions of running any audio recognition against live video. At least at present…

The same thing happened on YouTube before, with content creators being falsely accused of copyright infringement after the automated system started throwing copyright strikes at their faces for no apparent reason, totally unjustified. I don’t know how much actual success Twitch and YouTube have with their systems, i.e. the ratio between justified and unjustified strikes. Whatever it is, I don’t really care. The frequent occurrence of false positives is seriously compromising other people’s work and their creativity, and that sucks!

The Intentions of Copyright Law

Copyright at its core is basically an agreement between content creators and other people, stating that the authors shall enjoy exclusive rights to his or her work for a limited period of time as a means of compensation for their intellectual effort. This is generally a good concept and possibly even a necessity in order to increase incentives that lead to creative content.

Of course each country has its own regulations and specifications regarding copyright protection, though international agreements have been made (notably the Berne Convention). After the period of protection has passed, the creative work is supposed to enter the public domain so that other authors may use existing work to create new content.

Assuming a limited period of time, e.g. the years between the creation of an artistic piece until the day of the author’s death (and I’m being rather generous here), makes perfect sense and is totally reasonable. But that’s not how it works anymore. Copyright protection terms have been extended again and again, skyrocketing to a ridiculous number of years.

The United States completely slaughtered what was left of these old intentions and ideals by establishing the Copyright Term Extension Act 1998, effectively raising the barrier and granting copyright protection up until the author’s life plus 70 years. It’s even more absurd for works of corporate authorship, which is now protected up to 120 years after creation or 95 years after publication respectively, depending on what duration is shorter. 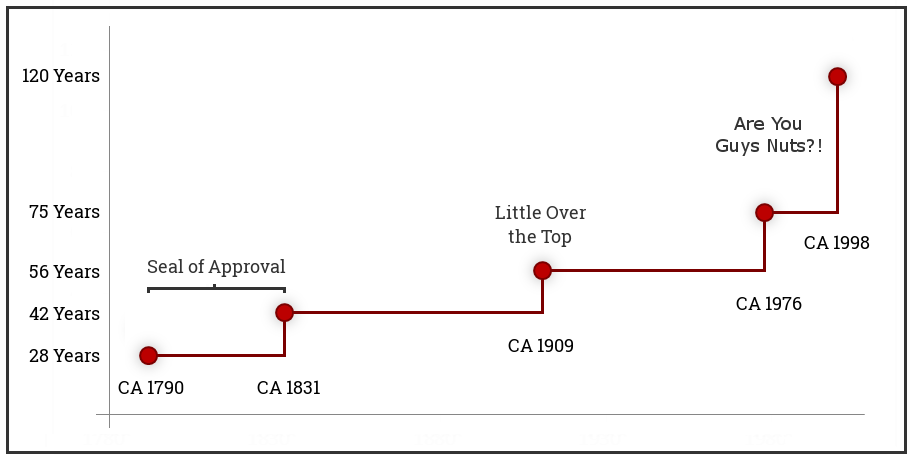 From Capitalism to Corporatism 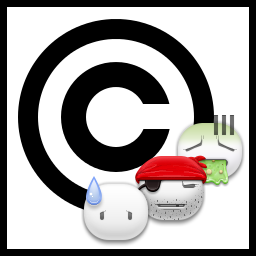 It’s not surprising that the latest corporate brain fart is derisively called Micky Mouse Protection Act, since The Walt Disney Company was one of the main advocates of the act. And that’s exactly the problem. The rational idea behind copyright comes with great benefits for society, though the initial concepts have long been undermined by corporations. Current copyright law in certain countries is just ludicrous. Just look at the example above. The US grants 120 years of copyright protection to corporate entities. How does this even remotely make sense to people in congress? Because $MONEY$.

The fact that large corporation stick their heads deeper and deeper into politics is probably a topics for another time and place. It’s scary, man. Scary…

After that detour I want to come back to the initial topic on what’s going on with YouTube and Twitch regarding their broken automated content flag system. Content creators that dedicated their channels to video games (Let’s Players, Streamers, Commentators, you name it) have been hit hard by the changes. YouTube and Twitch are obviously making profit off them, so why are they even doing this? Well, apparently they have gotten a lot of pressure from third-party companies whining about their precious audio being pirated, without actually noticing that this is basically free promotion for their music. The entire video game industry has already realized that free content distribution on this scale leads to massive profits by exploiting the fact that it presents opportunities to reach a large number of potential customers and people interested in their products.

Seriously, you guys of the audio industry. Why are you always lagging behind? Arrive in this century alright. It’s not like people are tuning into gaming channels because they want to listen to background music. They check out streams because they enjoy listening to people talking about the gameplay and because they like to watch their in-game performance. Ever heard of fair use? Try to embrace this opportunity for free advertising that might just convince people to actually purchase your songs. It’s a no-brainer, duh…

YouTube, Twitch and all the other content providers obviously realized this as well. Unfortunately, they are bound by law and we can’t blame them from trying to protect themselves. It’s up to the legislators to come up with new laws and adjust existing ones for our modern and digital age with people and society in mind while leaving relics of the past back in the stone-age. Hold on – did I just say it’s up to the legislators?